Increasing the resilience of the Red Line

The Capital Metropolitan Transportation Authority (CapMetro) decided to replace four existing timber bridges with concrete structures along the Central Subdivision track. This track, also known as the Red Line, carries daily passenger service from Leander to downtown Austin. As part of the State of Good Repairs program, this project replaced the bridges with concrete box culverts to withstand the 25-year storm, improving the rail infrastructure and reducing maintenance and repair costs in the event of a flood. 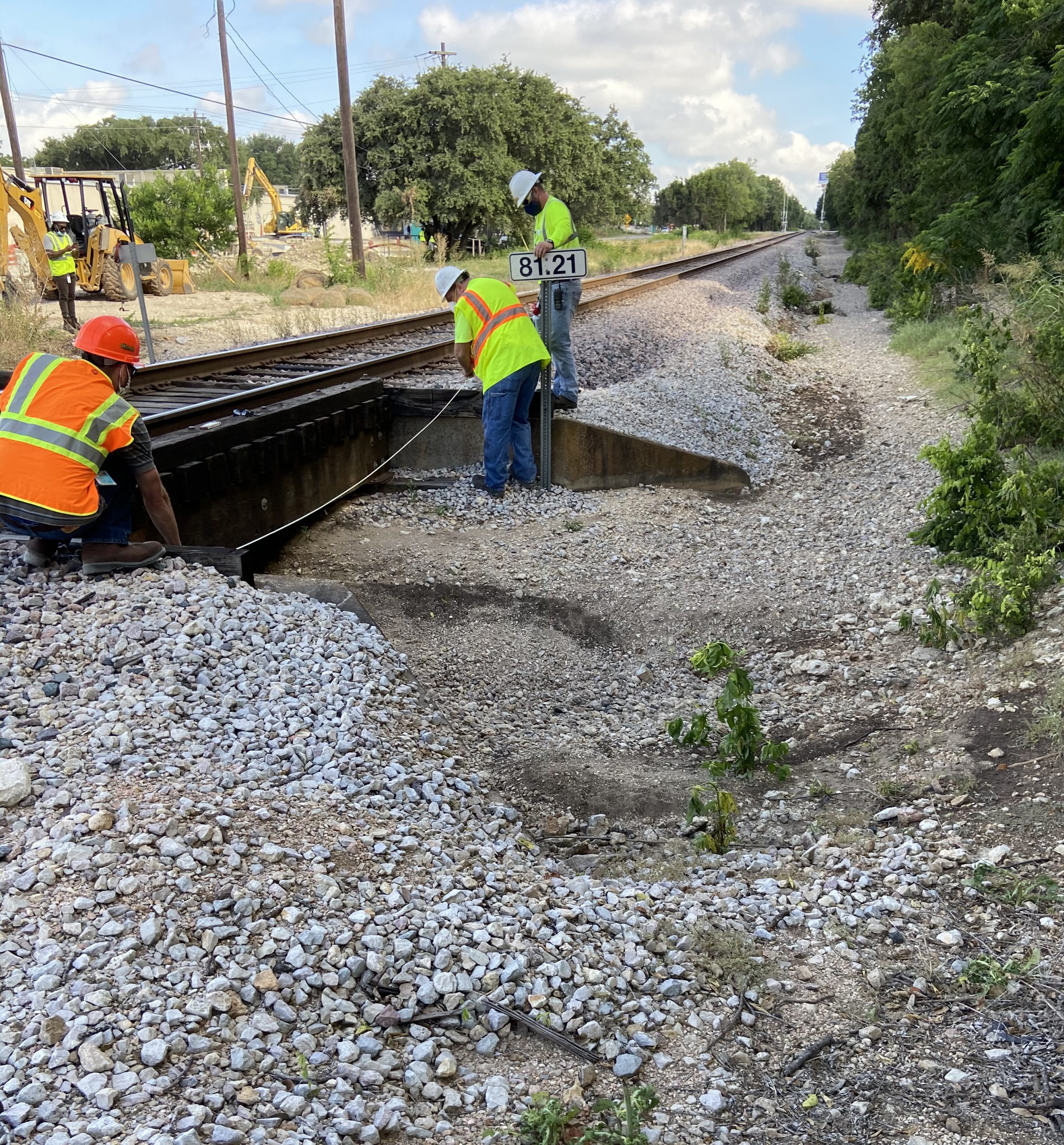 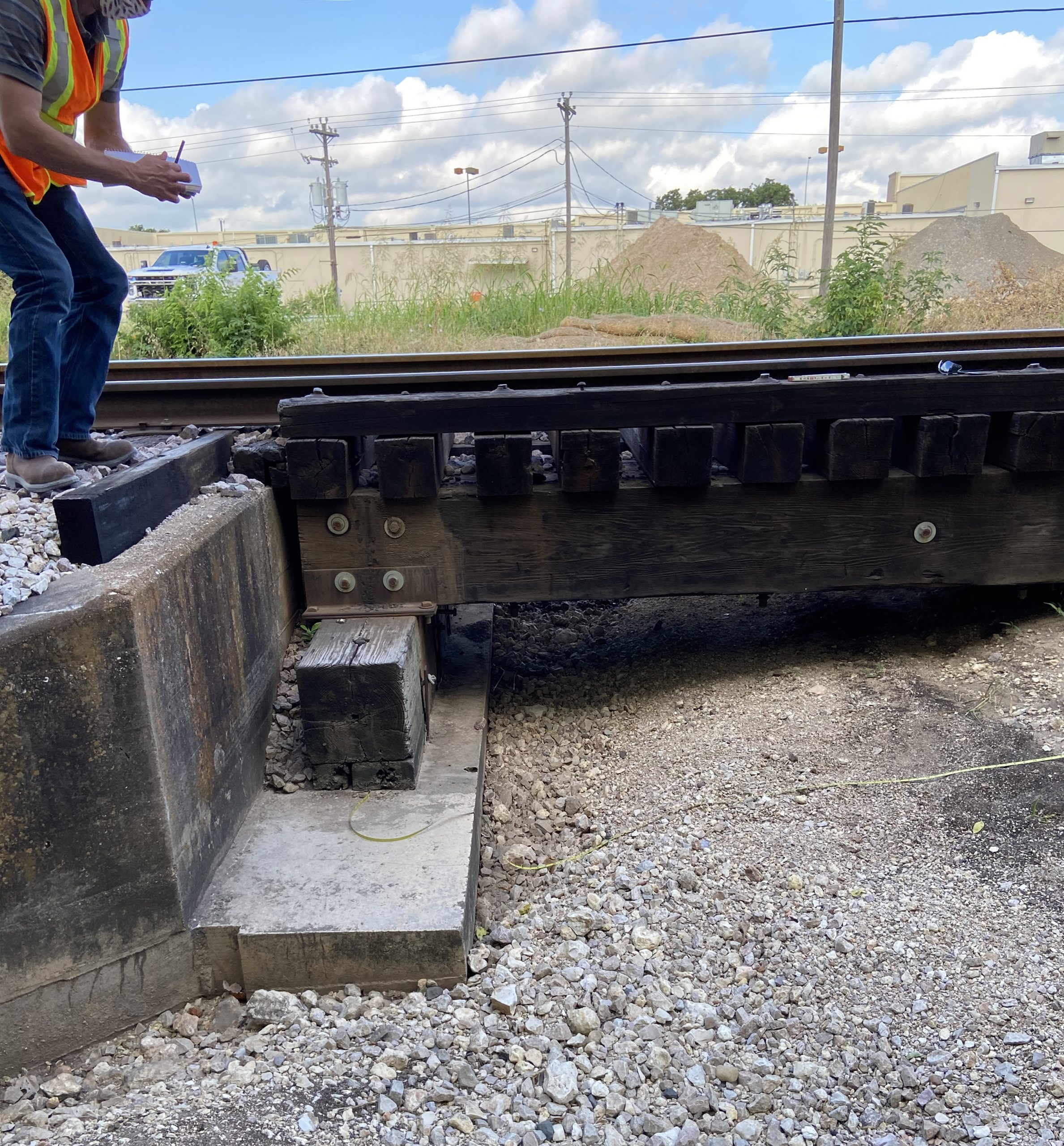 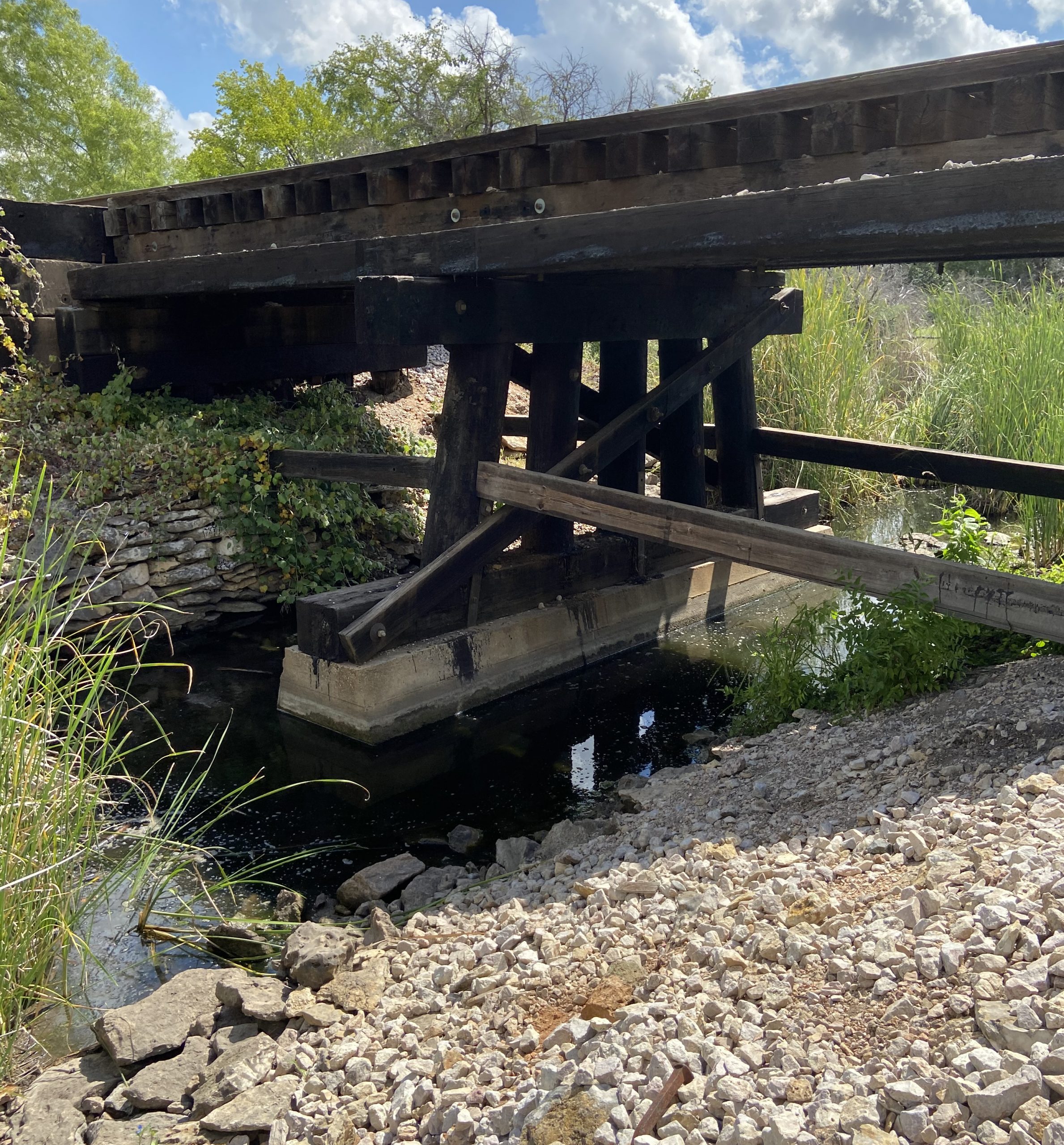 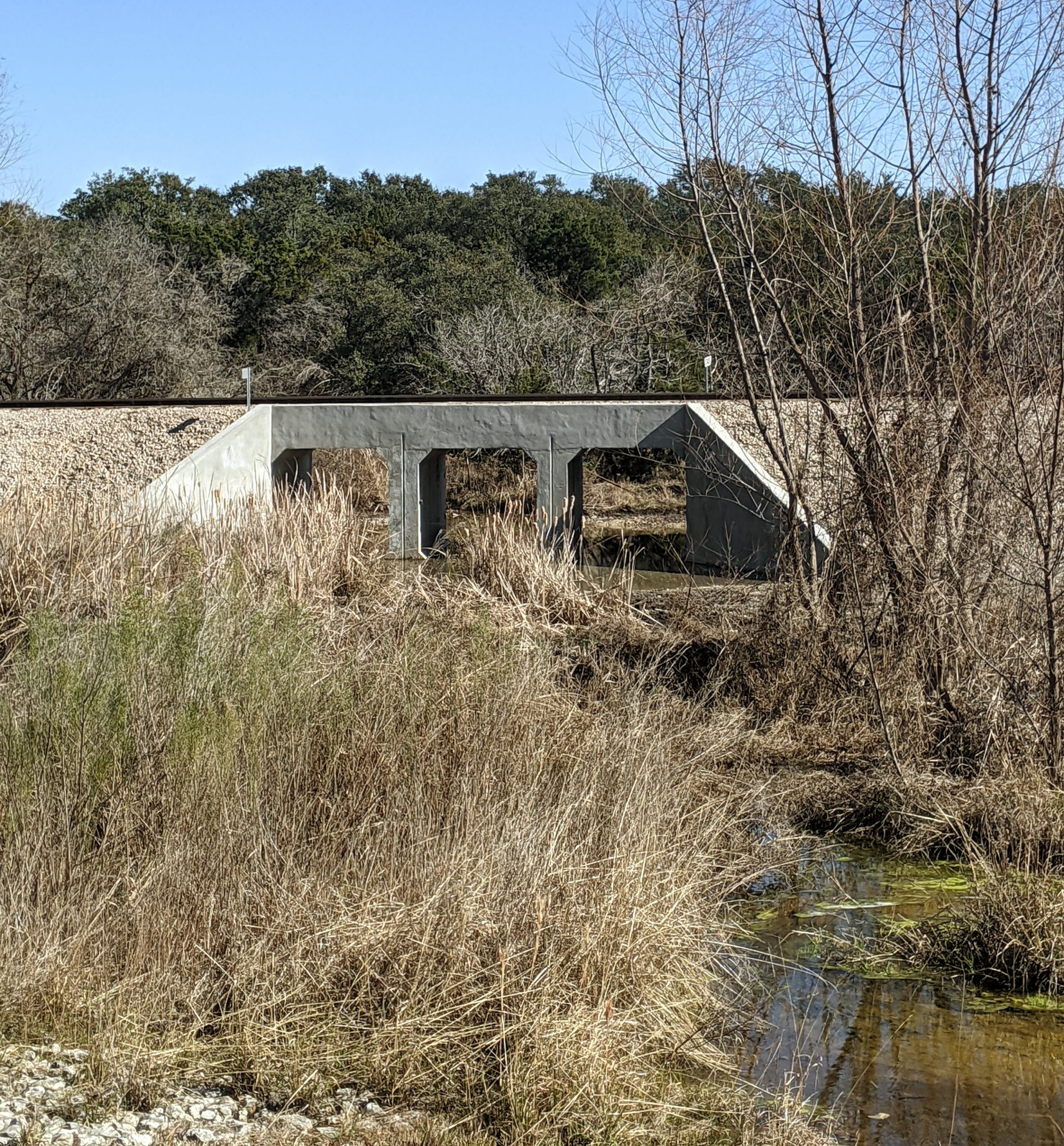 As a subconsultant, KFA provided drainage engineering services on this project. We were responsible for hydrologic studies, hydraulic design and documentation; design of improvements; and stormwater pollution prevention plans (SW3P) at all four locations.

KFA performed hydrologic and hydraulic analysis for the four crossings; since they had not been previously studied in detail, no existing models were available. KFA led the development of a hydrologic model using Atlas 14 rainfall data in accordance with the Cities of Cedar Park and Austin, as well as four separate hydraulic models, to model the known existing conditions. The proposed culverts were sized according to the conditions set in these models, and according to Union Pacific Railroad standards, as directed by CapMetro.

Because the Red Line carries passengers from Leander and downtown Austin each day, it is important that track outages for maintenance and construction be minimized to avoid disruption to those who rely on the rail line for transportation. Construction sequencing and timing presented a major challenge to the project, and constructability and methods of installation for the culverts were carefully considered in the design. Ultimately, precast structures were used instead of casting and curing the concrete on-site, minimizing track closures and adhering to the construction timing and safety requirements set by Union Pacific Railroad criteria.

KFA finished the design on schedule. The culverts were built with minimal change orders and will support the functionality and safety of CapMetro’s Red Line for many years to come.