The Forest North Subdivision, located within the City of Austin Extraterritorial Jurisdiction (ETJ) and Williamson County, experienced recurring flooding as the subdivision was constructed prior to the county’s adoption of development codes and regulations. The lack of a drainage plan resulted in drainage patterns that were concentrated through lots without drainage easements. Many home slabs were constructed below the roadway grade and at the same elevation as adjacent ground, and experience flooding. There was not a cohesive or consistent drainage network to handle frequent rain events. The area was especially hard hit by Tropical Storm Hermine in 2010, receiving 10+ inches of rain within a 24-hour period. KFA was contracted by Williamson County to investigate the causes and potential mitigation measures to reduce localized flooding within the Forest North Subdivision. 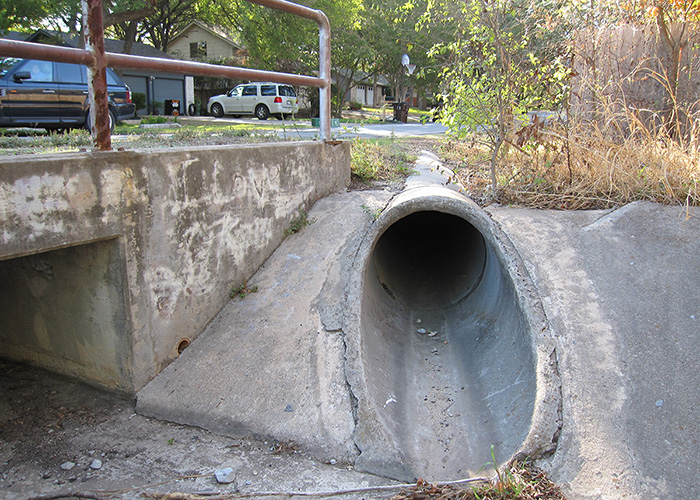 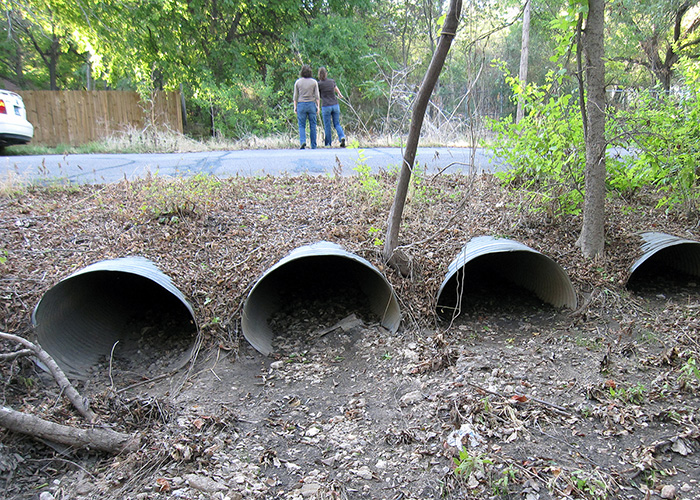 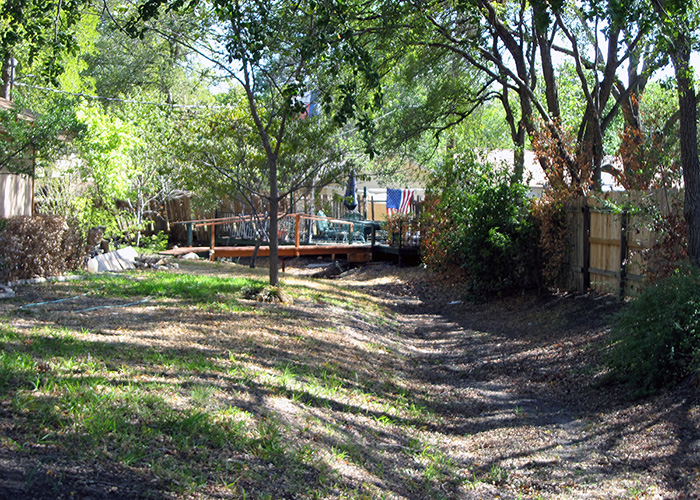 KFA prepared GIS base mapping to identify smaller study zones composed of groupings of properties which experienced structural flooding and had potentially related flooding issues. Fifteen zones were created and points of interest (POI) were identified to further subdivide the zones and define general drainage patterns and drainage areas. Approximately thirty POI were identified throughout the study area, focusing on locations where structural flooding was reported. A hydrologic model, a tool to evaluate the flooding issues, was created based on those points of interest. Hydraulic analyses for many pipes at the different POI were performed to evaluate the general effectiveness of the structure related to the magnitude of flow. The culverts reviewed were limited to those near properties which reported flooding and culverts with a high magnitude of flow. KFA performed multiple site visits to further refine the understanding of drainage patterns. A Capital Improvements Projects (CIP) list of eighteen projects and accompanying cost estimates were developed based on the combination of the hydrologic and hydraulic assessments, the observations made over multiple site visits, and resident observations provided from the original survey and the public meeting. The development of a CIP list had to take into consideration two factors: prioritization of flood risks and project sequencing to avoid potential adverse impacts. The CIP list was developed as a result of many hours of engineering judgment applied to organize the gathered data and modeling analysis results.

The Forest North project was a great opportunity to interface between detailed engineering analyses and public involvement.

The project approach allowed the county to save expenditures on the survey for the large study area and still met the project goal of identifying flooding issues and mitigation measures. Phase 1 report was submitted to the county in October 2012. Phase 2 of the project included design and the phased construction of the CIP list.