The project consisted of widening of SH 161 from south of SH 183 to north of Belt Line Road in Dallas County, TX. SH 161 was a four-lane section with an available peak hour lane (PHL). With an ADT of more than 50,000 vehicles, the condition did not have enough capacity to meet the traffic demands. Although the PHL did reduce some traffic congestion, the narrower lane and shoulder widths presented safety concerns that needed to be addressed. 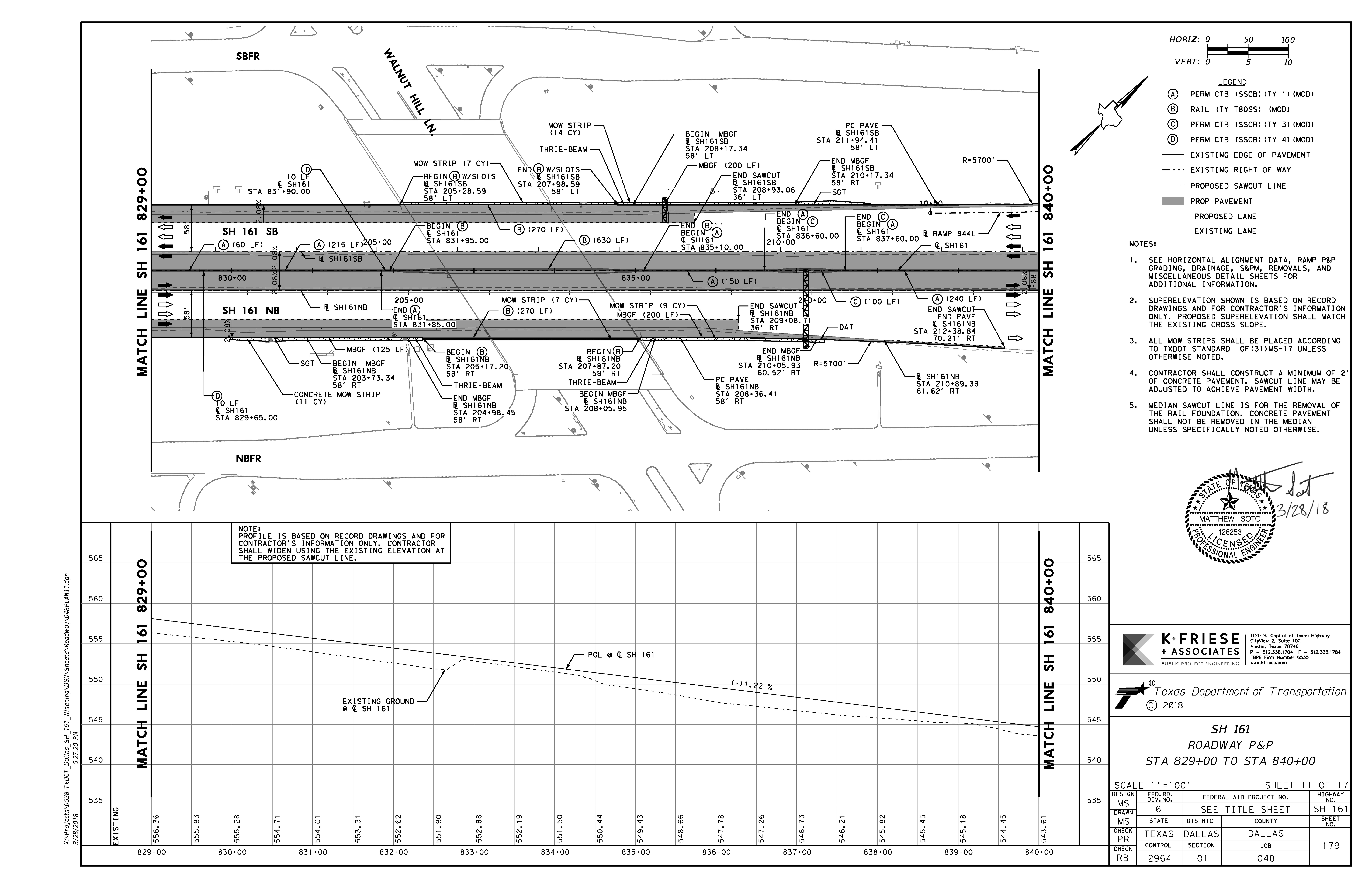 KFA was tasked to develop the PS&E for the widening of the main lanes of SH 161. The project scope changed from a complete reconstruction to a widening project early in design due to funding constraints. The proposed condition was an eight-lane section with full 10’ shoulders. The anticipated design provided the infrastructure necessary to accommodate the existing and future traffic volumes for several years and improve the safety conditions of the road. Ramp locations were evaluated, and recommended adjustments were approved by the client and included in the project. The open ditch median drainage was replaced with storm sewers to carry flow to the outfalls. Traffic control plans (TCP), signing, pavement markings, Intelligent Transportation Systems (ITS), storm water pollution prevention plans (SWPPP) and a Noise Wall were also included. Retaining walls were evaluated but eliminated in the final design. In addition to the traffic and safety improvements, the impacts to the traveling public during construction will be minimized.

KFA completed design in 2018. Construction for this project began in 2018 and will be completed in 2020.