Pfennig Lane was an existing thoroughfare in Pflugerville connecting several residential subdivisions to FM 685. Although it served a significant amount of daily traffic, Pfennig Lane was still in its initial configuration consisting of two 11-foot lanes that had deteriorated due to age. As part of the City’s 2014 Road Bond program, the citizens of Pflugerville elected to improve the roadway by reconstructing it to a wider three-lane facility with curb and gutter, sidewalks, and new street lighting so it could better meet the mobility and safety needs of the community.

KFA was selected by the City to perform the design in two phases: first, a preliminary schematic, followed by detailed design for construction.

Following the schematic design, the road bond passed in 2014, and the City selected KFA to complete the final design. In addition to preparing roadway PS&E, KFA assisted with bidding and construction phase services and a public open house. During the detailed design phase, we found solutions to the following challenges: 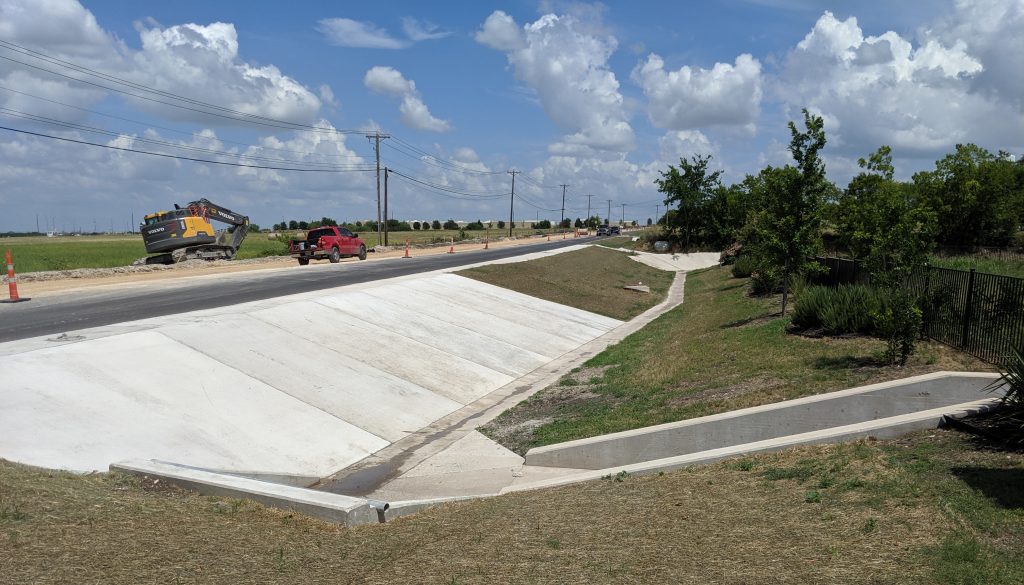 Construction of this bond project was completed on schedule and within budget in 2020. As an upgraded, three-lane facility, Pfennig Lane allows travelers to access FM 685 more efficiently and safely than before. In addition, KFA’s ability to identify and evaluate alternative designs during the schematic phase resulted in an ultimate transportation solution that was cost effective and met the project objectives within existing constraints.