In late March 2018, a segment of 100-year-old clay tile sewer pipe in East San Antonio collapsed, causing a sinkhole to form in an athletic field at Page Middle School. Because this failure caused a disturbance and a hazard on an active school campus, the pipe needed to be repaired as soon as possible, prompting SAWS to declare the rehabilitation of 1,800 linear feet of 30- to 36-inch pipe an emergency project.

KFA had previously been contracted to rehabilitate a corroded wastewater pipeline under the SAWS East Sewershed Package III project, which was under construction at the time of the collapse at Page Middle School. SAWS awarded the rehabilitation of the collapsed pipe as a change order to the existing Package III project, allowing the project to move directly into the design phase to keep with the accelerated schedule. 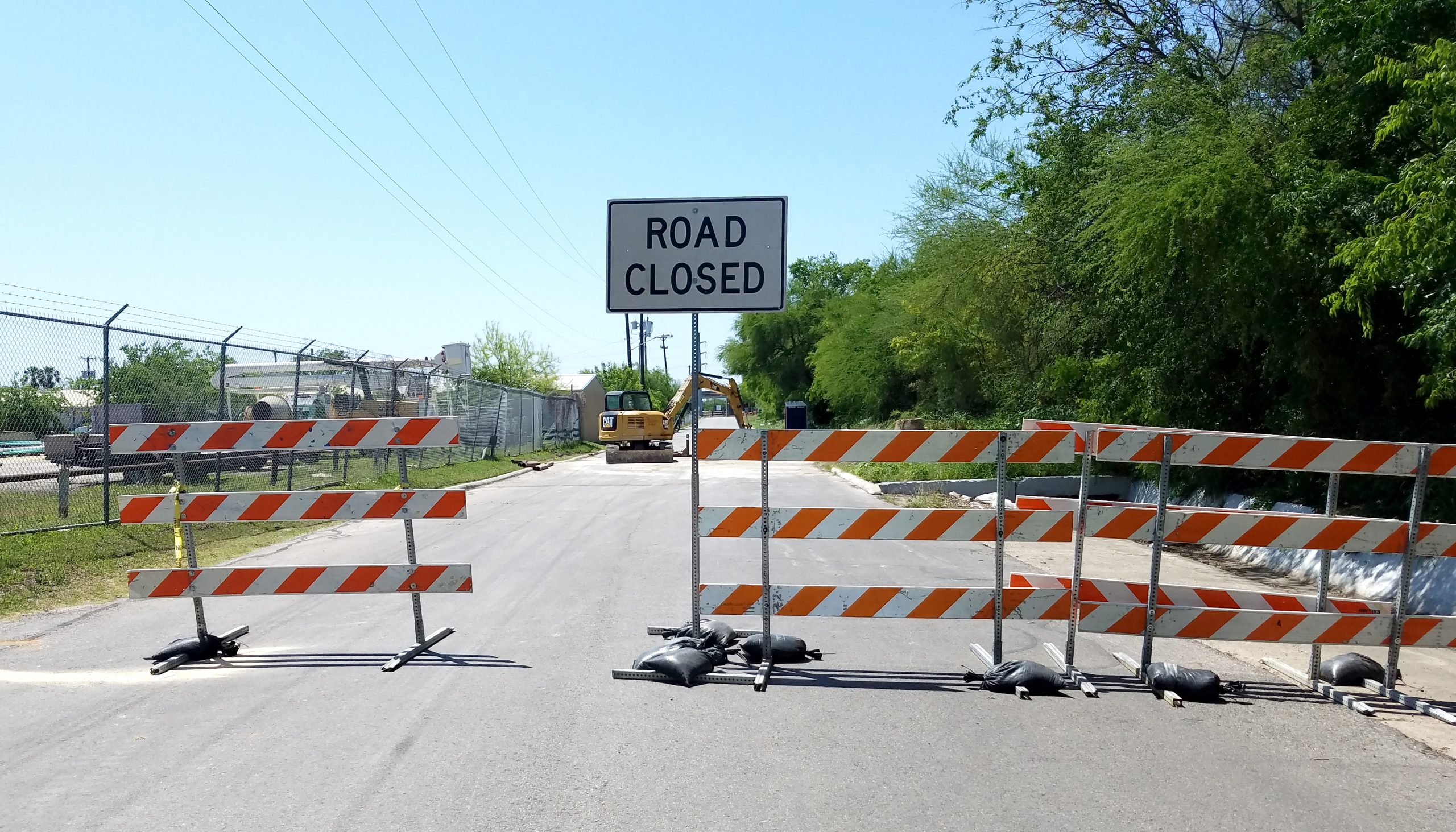 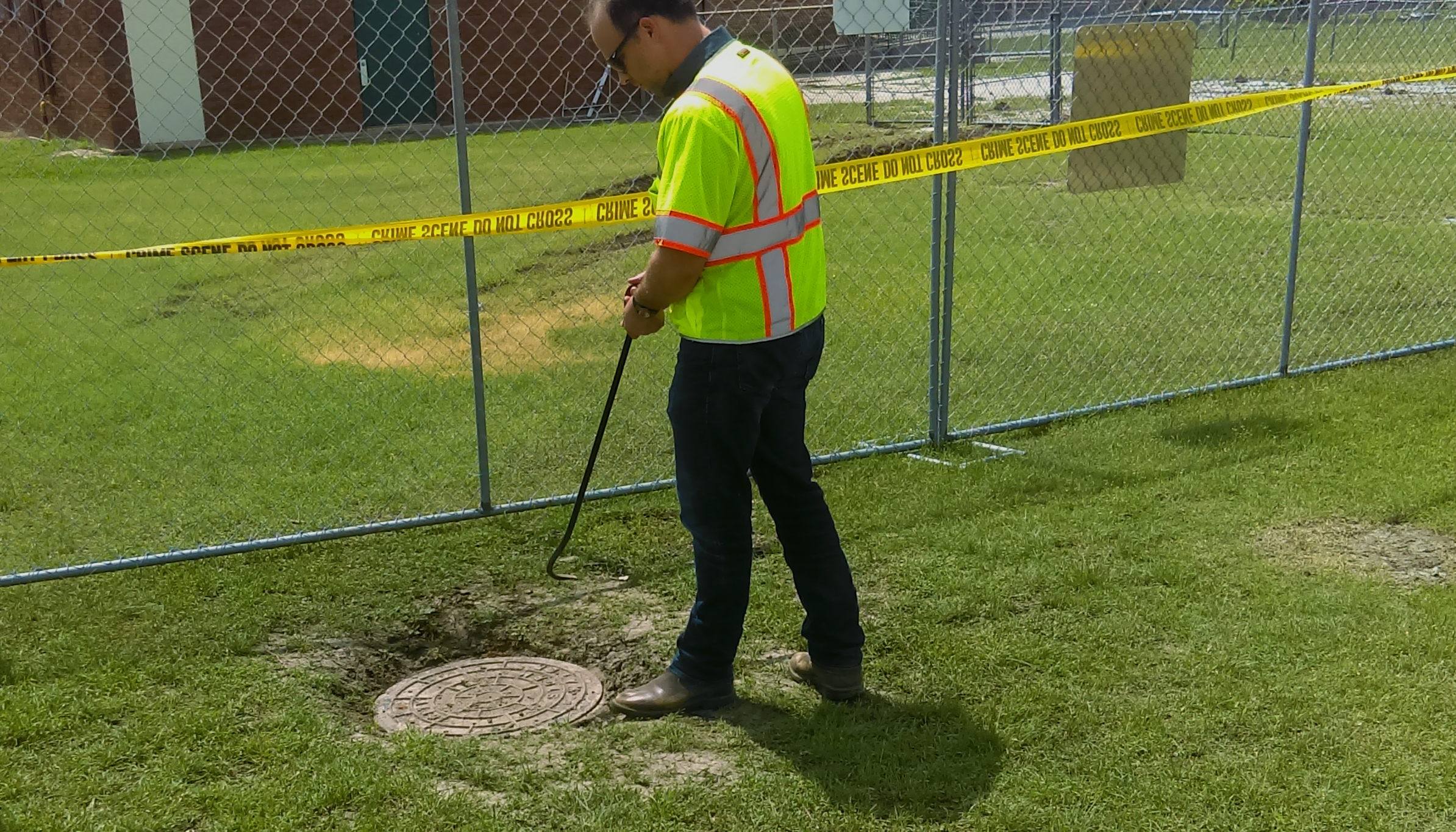 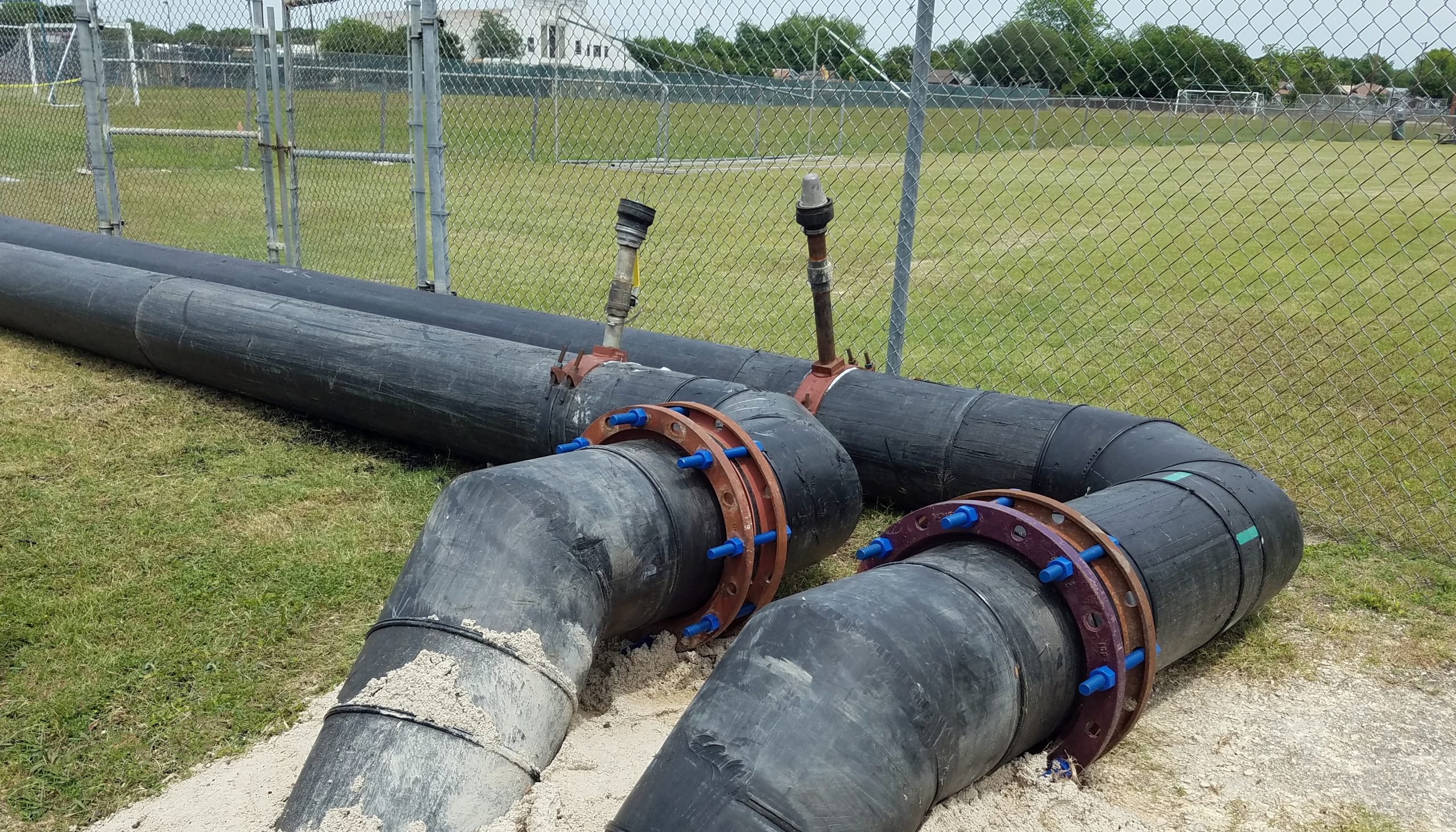 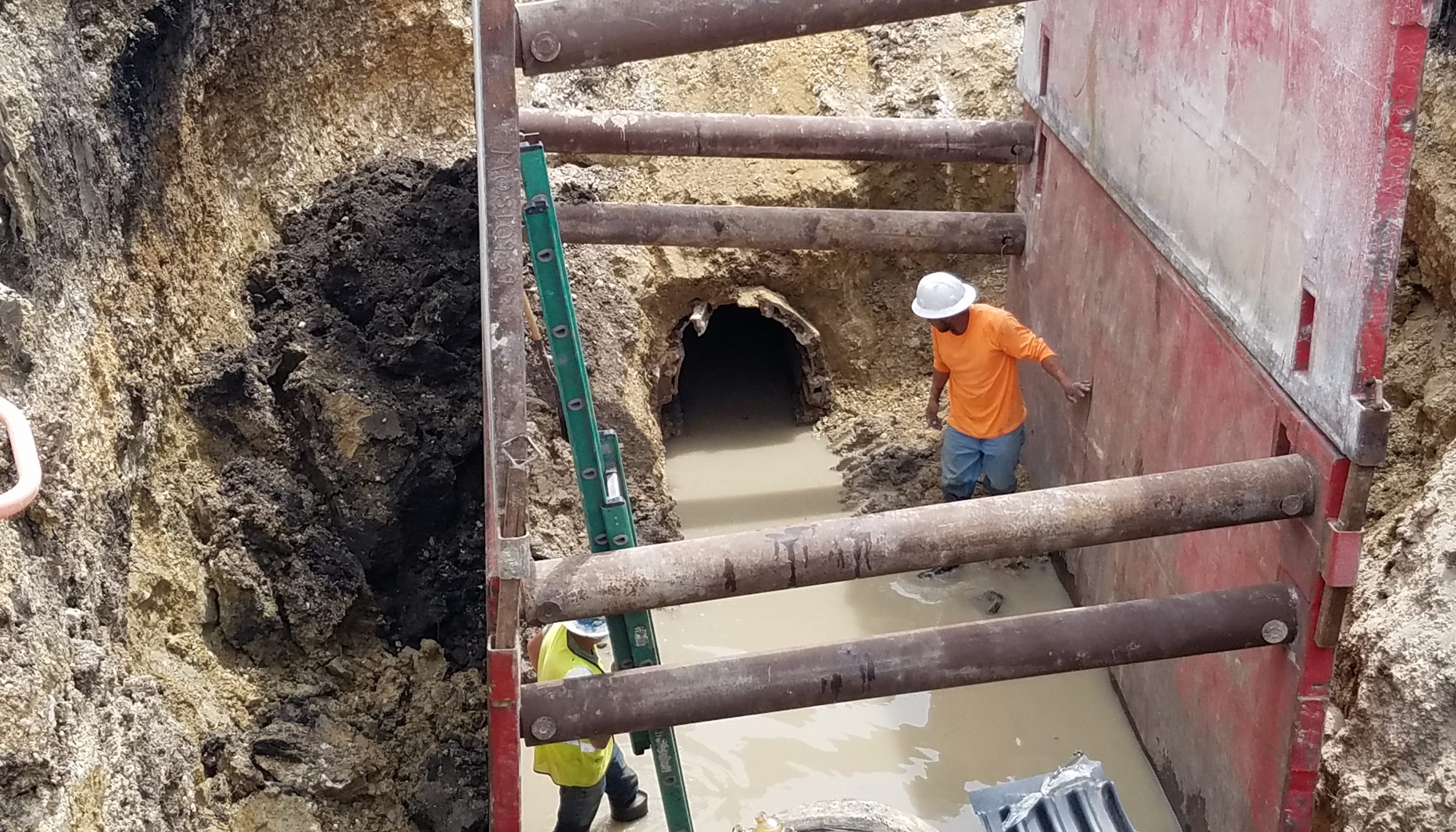 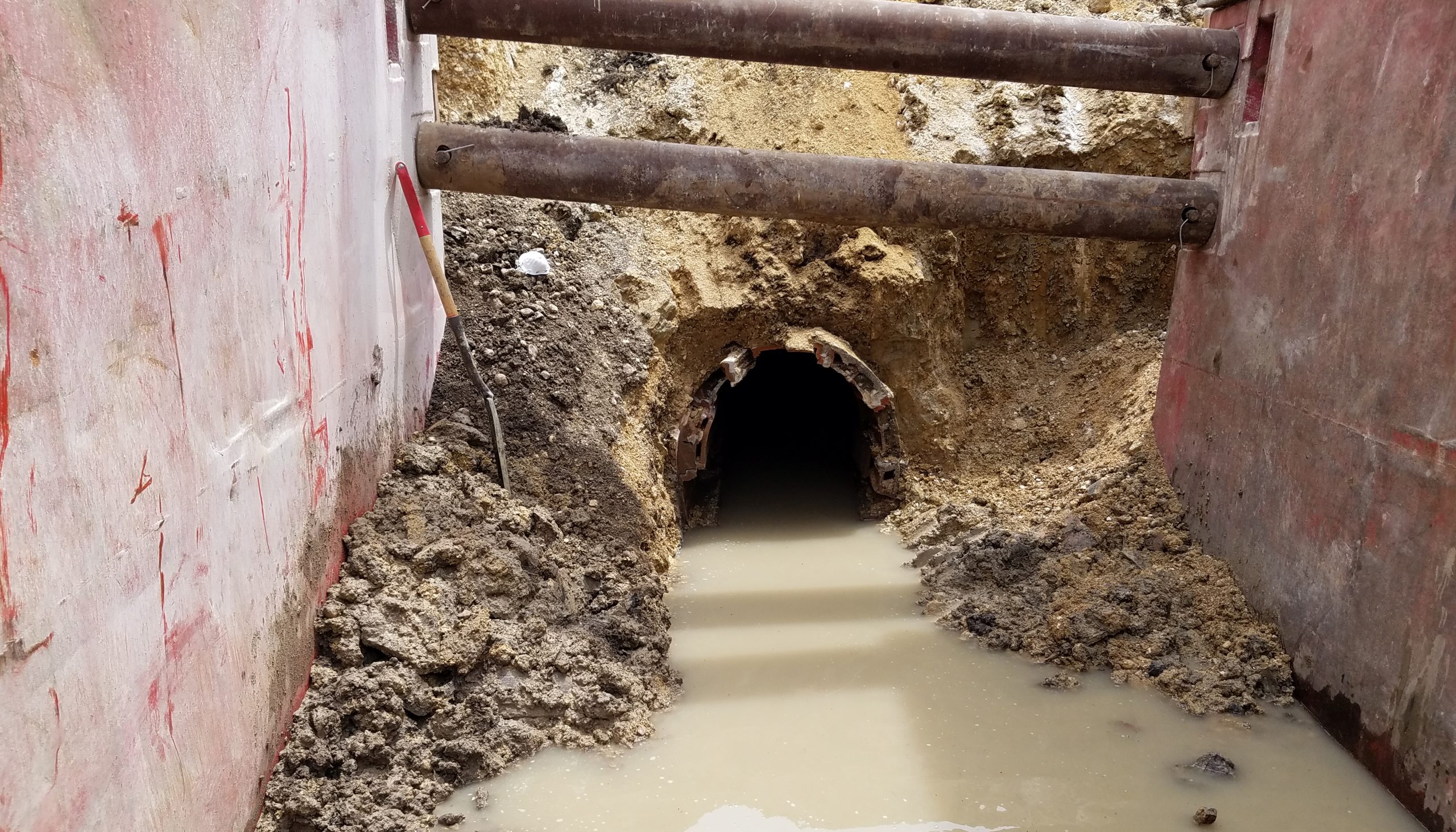 Given the urgent nature of the project, KFA began work immediately. At SAWS’ request, we bypassed the preliminary design phase and instead proceeded straight to development of final design documents for the repair. KFA conducted site visits, reviewed available as-builts, and obtained CCTV footage of the existing sewer to determine where repairs were most needed.

For one segment of the pipe, there was no conclusive CCTV data because the camera had been submerged. Since there was little time to gather more information to compensate for the lack of footage, KFA proposed additional point repairs along this segment in case of any additional failures in that area.

KFA issued complete final plans within two days of receiving the notice to proceed from SAWS. Rehabilitation of the pipeline included Cured-in-Place Pipe (CIPP) lining, point repairs, manhole rehabilitation, and bypass pumping. Construction was completed within four weeks. The quick design and rehabilitation of the pipeline allowed campus activities at Page Middle School to continue as normal within weeks of the collapse, and prevented the pipe from experiencing additional failures.